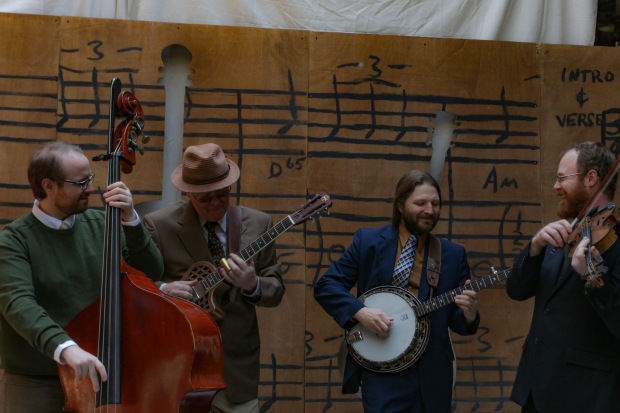 The Wheelhouse Rousters are a string band from Western Kentucky. Founding members Josh Coffey, Eddie Coffey and Nathan Lynn formed the band originally in hopes of drawing new attention to the forgotten songs of the American steamboat roustabouts as collected by musicologist Mary Wheeler. 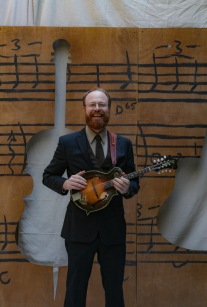 Josh Coffey is a composer, producer, multi-instumentalist and music educator from western Kentucky. Incredibly varied in his musical capacities, Coffey is easily at home in orchestral settings, string quartets, string bands, jazz ensembles, and rock-and-roll bands. Regularly performing in theaters, at bluegrass & folk festivals, on the country western stage, in rockabilly honky tonks and on paddlewheel riverboats keeps Coffey untethered to any specific genre, allowing him the versatility a musician of his caliber requires to thrive.

A home grown string player that learned at the knee of older musicians, Josh Coffey has spent most of his life creating: singing, playing, performing and writing. Having begun performing at just five years of age, Coffey’s music career already spans two and a half decades. In 2005 Coffey became a graduate of Murray State University with a Bachelor of Science in Music, where he studied violin and viola as well as tuba.

Most commonly known as a founding member of Bawn in the Mash, a ‘Genre-bending, progressive bluegrass band….Stretching the boundaries of string music to new levels’, Coffey has been an integral part of the band’s musical progression into other genres. Bawn in the Mash have four self-produced albums to their credit. Coffey has helped not only arrange the music for but also produced, recorded, and engineered the fourth album.

He is currently working with a variety of great musicians and bands. In addition to Bawn in the Mash, he is regularly performing with the Wheelhouse Rousters and the Solid Rockit Boosters as well as performing solo. 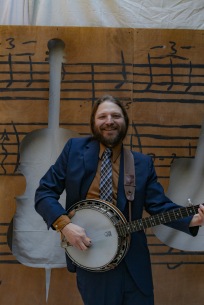 Nathan Blake Lynn is an American musician, songwriter, folklorist and artist from Paducah, KY. Along with being a founding member of the bands Bawn In The Mash and the Wheelhouse Rousters, he has gone on to record six solo albums, as well as, act as a supporting musician in the Solid Rockit’ Boosters, Jack Martin and Good Company. 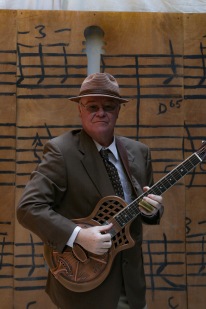 Eddie Coffey was Born in Middletown, Ohio, and raised in Western Ky. He grew up listening to old-time country and bluegrass music, and learned to play the spoons when he was five years old listening to Boots Randolph records. Eddie started playing guitar at around 12 years old, and started becoming a more serious student of the guitar at 19, when he discovered Norman Blake, who is still a hero of his. He taught himself how to play upright bass at the age of 48, which oddly enough has become his main instrument. Eddie plays bass for Bawn In The Mash, outstanding clawhammer banjo player Dan Knowles, and the Wheelhouse Rousters. Music has always been an important part of his life. He credits all different genres of music from Doc Watson, to Pink Floyd and considers it a privilege to have the opportunity to play music, and hopes to continue playing for many more years to come. 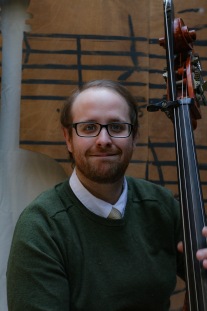 Jacob “Jake” Siener is a musician, teacher, and audio engineer. A native of Paducah, he is a graduate of the University of Louisville where he received a Bachelor of Music with an emphasis in double bass performance. His musical interests and experiences are diverse, from playing in orchestras, to rock bands, jazz combos, and theater productions.  Jake has been a member of the Paducah Symphony Orchestra since 2010 as a section player and has contributed to many of the educational programs offered through the orchestra.  As an audio engineer, Jake has scored and recorded music for film and dubbing for film. He has helped local groups, and his own bands, realize their own recordings. In his downtime, Jake has an avid interest in electronics and enjoys building his own synthesizers and studio equipment.